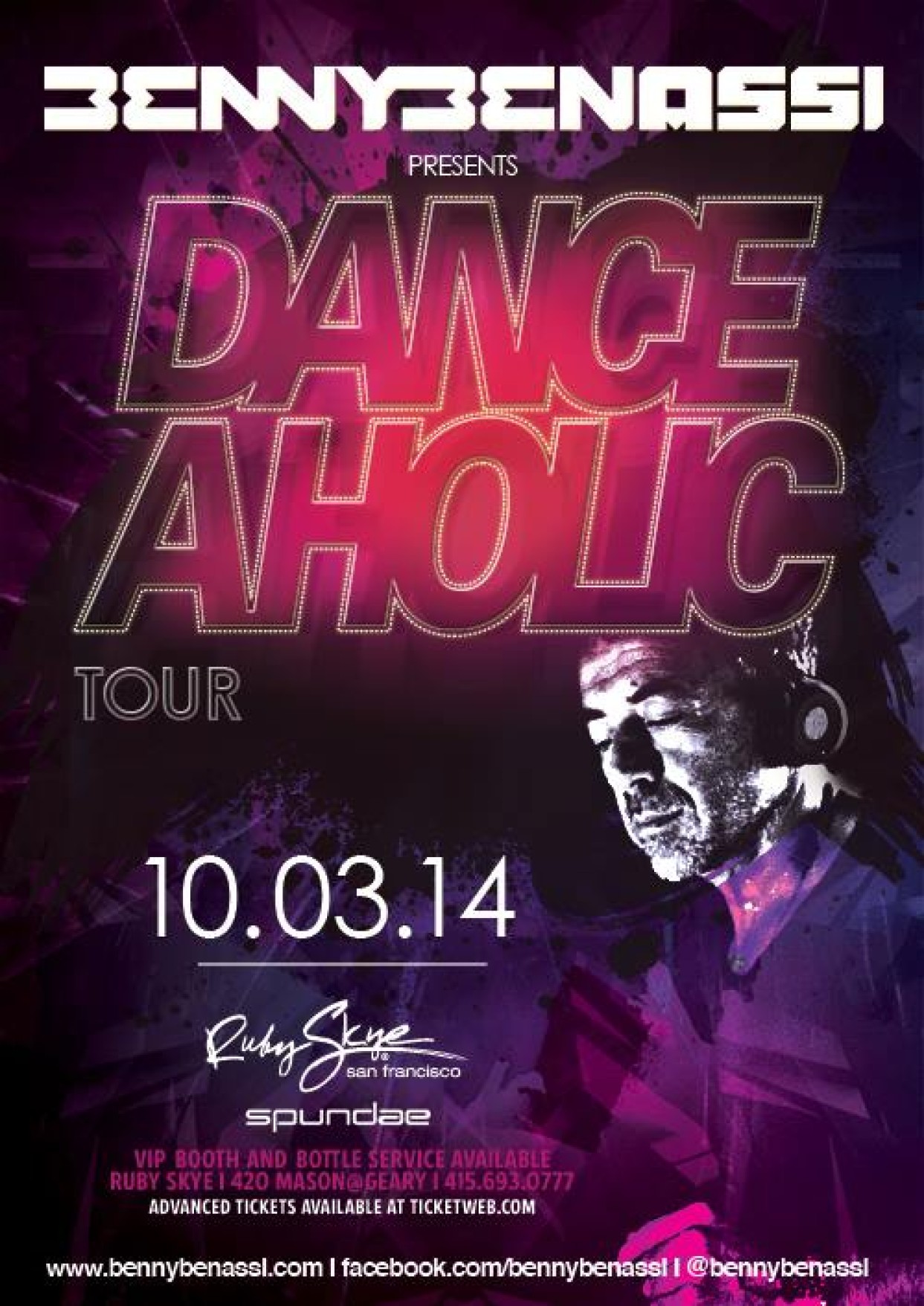 Danceaholic – noun; “person who loves to dance, randomly in front of big groups of people, unaware of their presence” as brought to you by UrbanDictionary.com

There will be no bigger group of danceaholics than this coming Friday when they invade San Francisco. Why is that? Well it’s because the legendary DJ and producer, Benny Benassi will be at Ruby Skye for a very special night. Benassi will be kicking off his aptly named ‘Danceaholic’ tour this Friday that will include stop at Las Vegas, Orlando, Montreal, New York, and Miami over the course of the next 45 days. Covering coast to coast this will be a formidable US domestic tour and what a way to start it than at the City by the Bay. Most of the Bay Area is still buzzing with the Giants win over the Pirates today in the NL Wild Card game and the festivities should more than well carry over to the weekend.

So there is no excuse than to party and kick off a beautiful weekend in San Francisco than with Benny Bennassi at Ruby Skye. One note, if you are going, watch out for the Moguai collaboration – ‘Gangsta’ and of course one of the many remixes of the Benassi single ‘Let this Last Forever’, the MAKJ one will be very likely, which is previewed above. Tickets are still available HERE, but most likely will sell out, so get them while you still can. 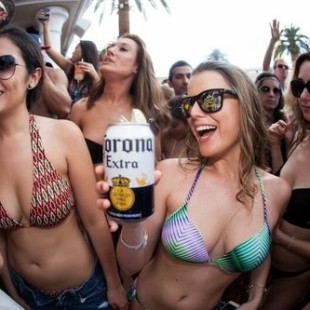 WeChat ongoing with marketing inventory ask Dance music concert series Electric Beach has kicked off their biggest year yet with a string of hot ticket events coming your way throughout summer 2015. Brought to you by Corona, Electric Beach is at the forefront of must-see EDM events, enlisting...

LIGHT Nightclub kicked off celebrate Memorial Day weekend with the hottest DJ's of the moment, Disclosure. Also a resident at LIGHT, the dynamic duo kicked off the night with their classic songs, “When A Fire Starts to Burn”, “Magnets” and “You and Me”. The sold out venue hit an all-time high as... 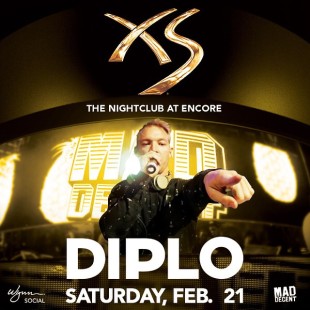 XS is again becoming a shining light on the Vegas nightlife scene. I'm not saying it ever left, but it has been awhile since it opened, over 7 years in fact. With time, fads come in and out, things get cool and then not so cool. That is just how it works. Yet a breath of fresh air has come...