Electronic dance music in San Francisco means Ruby Skye. Ruby Skye means word-class DJs. This past Thursday was no exception as the city by the bay welcomed the Russian duo of Alexander Shapovalov and Denis Chepikov of Hard Rock Sofa.

Hot off tour stops in Chicago, New York, Miami, the guys of Hard Rock Sofa continued their continental US march onto the West Coast with shows in San Francisco as well as LA back-to-back. Even if may not have been the weekend, the night had the atmosphere of a Saturday. For an Awakening and Torq show, the crowd did feel intimate, though that was made up by the sheer enthusiasm and excitement from the crowd. The energy grew as the night went on. As Hard Rock Sofa – sans Alexander Shapovalov – jumped on the decks the cell phone back-lights went on to blanket the floor. The moment came and went. For the next two hours the unmistakable sounds of Hard Rock Sofa rocked Ruby Skye. It was electro house at it’s finest with bass pounding yet pleasantly melodic rhythms. The beats kept going till past 2am. Even with only 1/2 of the duo there, it was one to remember. In our opinion, Hard Rock Sofa is hands down one of the hottest EDM acts on the scene right now. Recent collaborations include their work with Swanky Tunes, Tom Staar, and Eva Shaw. The sounds and beats of Hard Rock Sofa seem to be widespread and universal. You’ll have a difficult time finding a house podcast, whether from Nicky Romero or Morgan Paige, that does not include a Hard Rock Sofa track on it.

A couple notable tracks from the night that you need to check out would include Hard Rock Sofa’s collab with Eva – Get Down from Spinnin Records (available on Beatport here). With it’s french nu-disco-esque inspired intro the track turns a 360 and gives us a beat drop full of bass that you want to rewind and play back time and time again. Expect this one to get big fast and don’t be surprised if you hear it multiple times on the same night at a festival near you. The duo’s newest track – Moloko was also previewed last night. Protocol Recordings picks winners and this track certainly falls into that category. Though not out yet, you can check out a preview here.

The start of the year has been promising for Hard Rock Sofa and we expect this year to be a breakout year for the Russian duo. If you did not get a chance to see Hard Rock Sofa this past week at Ruby Skye, does us a favor and catch them next time there in town. Their upcoming tour dates can be seen here. Purchase your tickets and be prepared for a night of beats, melodies, and the best electro house in EDM. 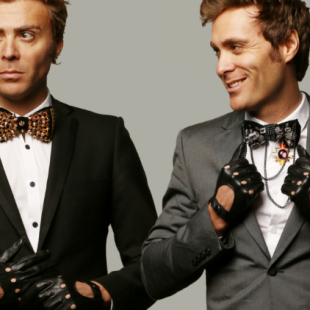 The first goto event party of EDC Week will be when the duo they call EC Twins hits up Marquee Dayclub on Wednesday June 18th.  The whole thing starts up nice and early 11am and you will be able to buy tickets via this link HERE Bio - Born and raised in the musically historic city of... 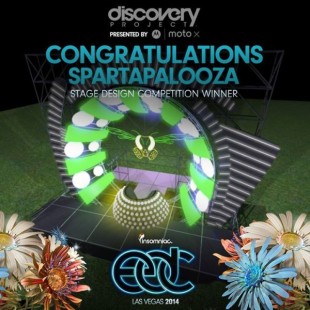