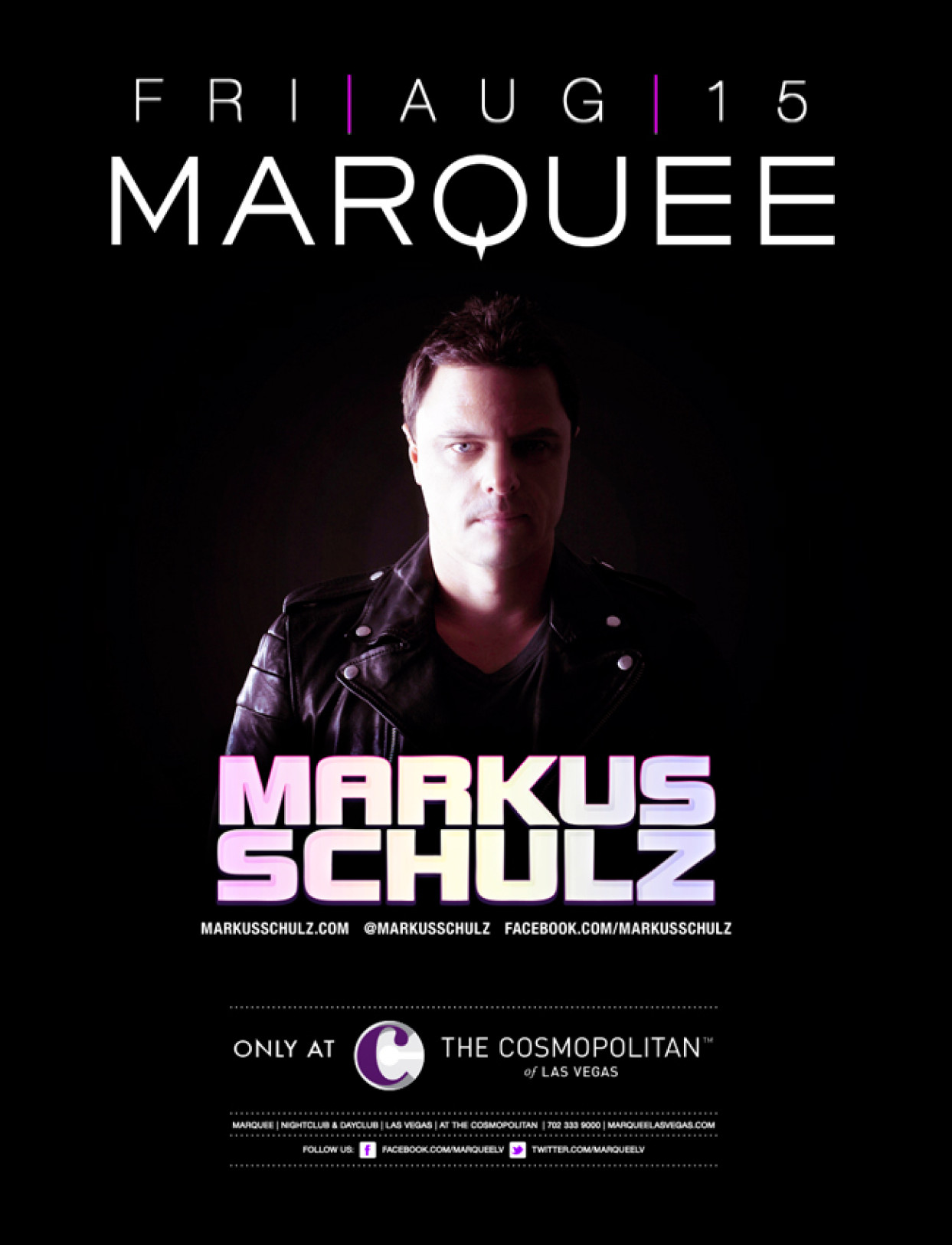 Marquee nightclub is 50,000 feet of pure EDM fun. No where else on the strip has the energy or atmosphere quite like Marquee. Situated under the expanse that is the Cosmopolitan Hotel, the Marquee Dayclub and Nightclub plays host to some of the top DJ acts in the world. This past Friday was no different as the Unicorn Slayer aka Markus Schulz stepped up onto the decks. Hot off coming from gigs in Ibiza as well as in Southern California at Sutra Nightclub, Markus electrified the crowd with his energy and never ending upbeat vibe.

For most part of the night the at capacity crowd waited for what they came to see, which was Markus, the king of trance and the unheard of 8 hour marathon sets. Shortly after the midnight the real party started at Marquee. The crowd erupted as Markus stepped up on the elevated stage and onto the decks. The party switch had been officially been turned on. The three story LED tower literally screamed Markus Schulz with uplifting melodies and hard hitting baselines. His latest album Scream 2 is the fifth studio album by this German raised now all American producer & DJ, which was just released a few months ago on 21 February 2014 by Armada Music, by label boss and close friend Armin van Buuren. A strong majority of the tracks played that night came directly from that album along with fan favorites of Markus, including Progression released in 2007 and the first Scream from 2012.. 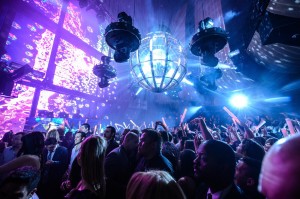 Some highlights include the 2011 classic by Markus’ alter ego Dakota – Saints as well as Sinners. Other notables that are usuals in the Schulz arsenal were Rain, Future Cities, the Jochen Miller collab – Rotunda, as well as The New World, which were just to name a few.

Overall it was a terrific night capped of by amazing set by Markus Schulz, who seemingly never disappoints.   Never one to give a lackluster performance, Markus always gives his best on the decks and it really does show. You are guaranteed to have a good time once you see Markus live.  Couple Markus with that of Marquee and you are sure in for a special treat.  In fact do yourself a favor and catch a show with Markus.  His schedule is HERE.  Also for more dates and shows at Marquee Dayclub and Nightclub you can check this out HERE.

For those not able to head over to Vegas or catch Markus doing what he does best, then go over to his Beatport page and just buy his newest album HERE – you will not be disappointed. 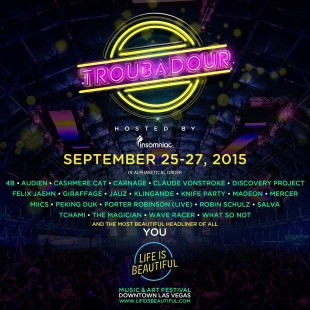 Insomniac and Life Is Beautiful Festival

For the first time, Life is Beautiful has partnered with Insomniac for the three-day music and arts festival, taking over the vibrant landscape of Downtown Las Vegas, September 25 – 27. In addition to helping create the atmosphere of art, cuisine, and insightful lectures the festival is known... 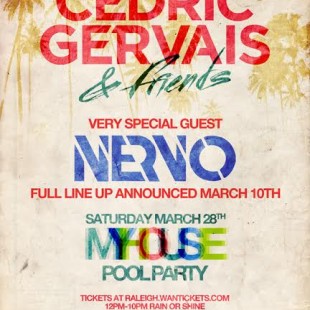 The endless list of events are slowly streaming in for the upcoming Miami Music Week. Shows keep getting added and artists getting constantly pulled into lineups. Cedric Gervais recently announced his MY HOUSE pool party that will take place on Saturday March 28th at the always crazy, but fun... 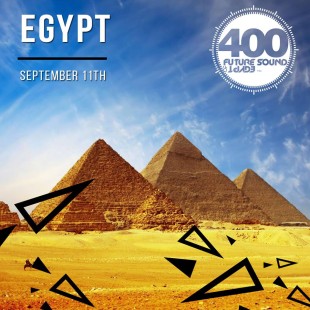 FSOE400 - A scorching sun gives way to an unspeakably beautiful sunset as dusk turns to night over Egypt’s Giza plateau. Under the watchful eye of the Great Sphinx and with the mighty pyramids of Khufu, Khafre and Menkaure as a backdrop, world-famous electronic dance music (EDM) DJs and...