Hakkasan is currently the #1 club in Vegas and for good reason. Covering over 80,000 square feet and expanding over 5 stories this club is a true EDM fortress. Nestled inside of the world renowned MGM Grand, Hakkasan is home to some of the best DJs in the world. Their resident list almost reads exactly like DJ Mags top DJs. Not only do the patrons enjoy their time at this club, but the DJs do themselves. On Friday June 21st, Tiesto was the king of Hakkasan. This was not the first time he played here and it will definitely not be his last. Performing 2-3 and sometime even more times a month at Hakkasan, Las Vegas has truly become a 2nd home for him. In addition to Hakkasan, Tiesto also performs at its sister day time pool party club, Wet Republic.

Hot of coming off of his first studio album in a couple of years, “A Town Called Paradise,” Tiesto has been blazing the record charts all over the world. Tiesto’s young prodigy, Danny Avila opened up the night at Hakkasan. His set was interesting as it was a mix full of fused sounds and beats from classical electro to deep house and techno. 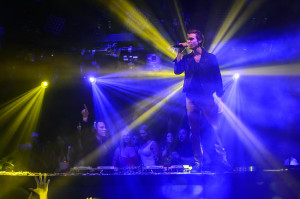 As the night went on, the tension began to rise and everyone in the club was waiting for the moment when Tiesto would hit the decks. The tables were full, the dance floor was crowded, and the drinks were flowing. At around 1am that’s when it started to get maximal crazy.

For the next 3 hours Tiesto played to a sold out intense crowd at Hakkasan. Towards the beginning of his set he was joined by Matthew Koma. That was absolutely awesome with Tiesto on the decks and Koma standing on the DJ booth while he belted out two vocals tracks including the well known single, “Red Lights”. 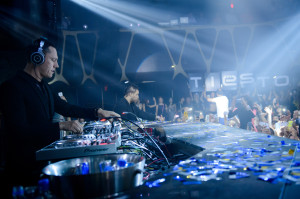 What makes Hakkasan special is that Tiesto was visible from virtually anywhere on the main club level. Hats off the the architects and designers of the club. They did a great job and it was certainly a great experience from anywhere – listening and dancing with Tiesto and 7,500 of our closest friends.

For more information on upcoming tour dates for Tiesto, you can check it out HERE. 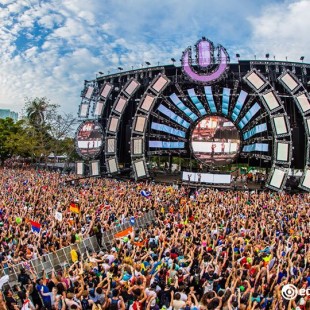 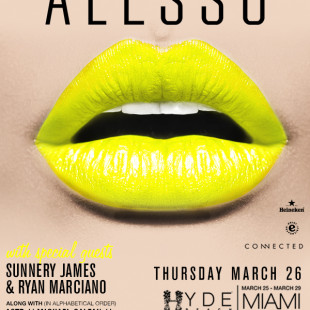 *UPDATE* 3/16 - The supporting cast lineup has just been updated with Sunnery James & Ryan Marciano as well as ASTR, Michael Calfan, Otto Knows, Quintino, Sultan + Shepard and Will Sparks. If you have turned on the radio lately chances are you've heard of Alesso. Heroes has become a... 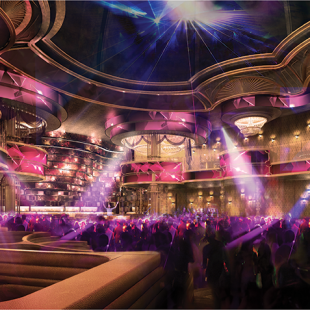 OMNIA Nightclub May and June

OMNIA is set to open up later this week. That's right the most highly anticipated opening of Vegas' newest nightclub is just around the corner. This 75,000 square foot venue will be a juggernaut for the nightlife scene in Vegas and most likely will set a new standard blazing in the trail from...