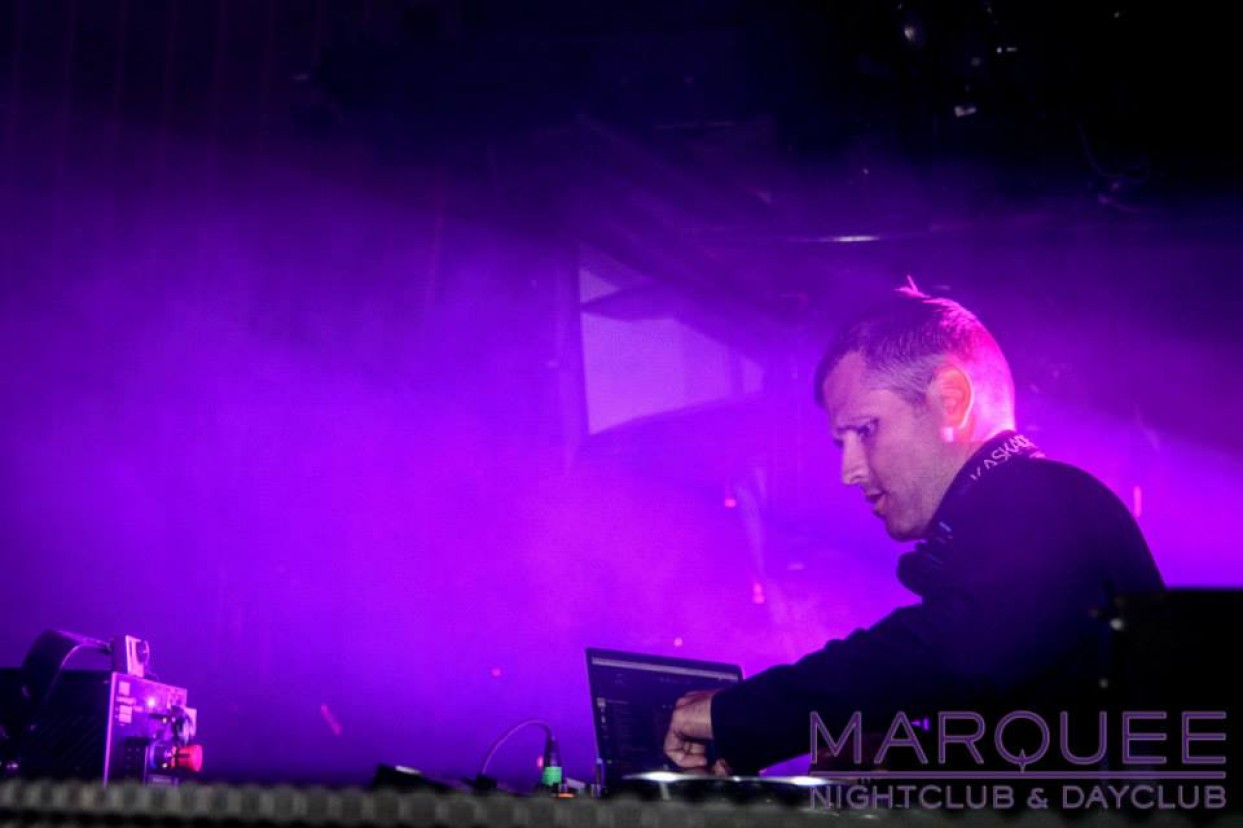 Marquee is a 60,000-square-foot venue has something for everyone. Not only are there seven bars, but the club also boasts three separate rooms. The main room has a high-tech sound system, an elevated dance floor and a 40-foot video wall in the back of the DJ booth. Next door, the Library is more laid-back with a fireplace, vintage books and a billiards table. The Boom Box is found on the lower level of Marquee Nightclub. It features fabulous views of the Strip and a separate DJ spinning hip-hop and other music genres.

Marquee in Las Vegas is not your ordinary club.  It’s a megaclub in every sense of the word.  The place covers over 60,000 square feet of space in perhaps the trendiest and hottest spot on the strip, which is the Cosmopolitan Hotel and Resort.  In addition to the three separate rooms / areas, Marquee also has one of the most expansive outdoor areas filled with bars, seating areas, tables, LED displays, and also an outdoor elevated DJ booth.  There are very few clubs in the world that are on par with Marquee in the type of experiences it gives their patrons.

This past weekend we celebrated our country’s Independence Day and what could have only made it better was that Kaskade was manning the decks and leading the charge at Marquee Nightclub.  It was “Summer Loving” i.e. the name Kaskade’s regular party that took over the Las Vegas party scene that Saturday.  It was certainly the place to be, place to be seen, and place to celebrate that weekend. 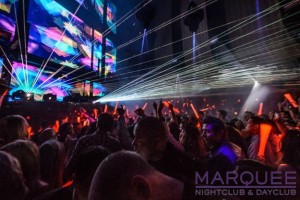 Still riding the waves of his ATMOSPHERE album, Kaskade has been bringing down festivals and clubs all around the world.  Coming off his amazing Electric Daisy Carnival Las Vegas performance, Kaskade sure did not disappoint this past Saturday at Marquee.

Perhaps the highlight of the night, was when Kaskade played his signature track off of ATMOSPHERE, rightly so titled Atmosphere.  For that album and track, Kaskade added singing to his skillset, as he sings for the first time.  In a previous soundbite this is what Kaskade aka Ryan Raddon said about the album,  “All my life I’ve been a star / Holding a light up in the dark / While I tried to keep clear / Of all the waves in your atmosphere.” ATMOSPHERE is very much a reflection on what I’ve already done,” he says. “I didn’t feel the need to reach outward. This is just me quietly making the record I wanted to make. Or maybe not so quietly.” 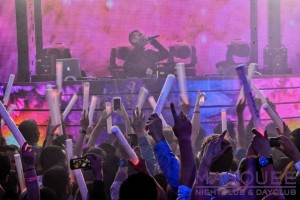 We can say for certain that this definitely was not a quiet affair.  Just past 1am Kaskade went on and played his classics as well as a nice mix of mashups for the good part of the night until 3am.  The crowd loved it and it was a great night.  Some tracks from his set that you should and need to checkout include, Last Chance with Kaskade and Project 46, Ain’t Gotta Lie feat. deCarl, Smile, Sweet Love feat. Joslyn, Please Say You Will feat. Adam Klopp, and that is just to name a few.

For a list of future tour dates go HERE 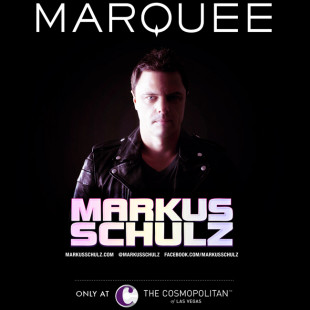 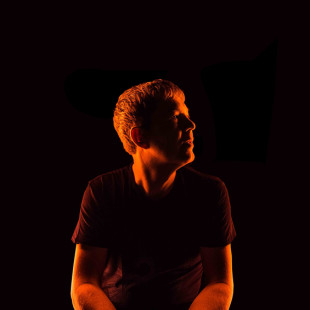 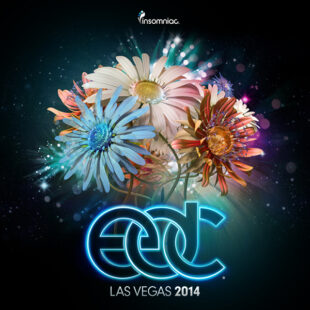