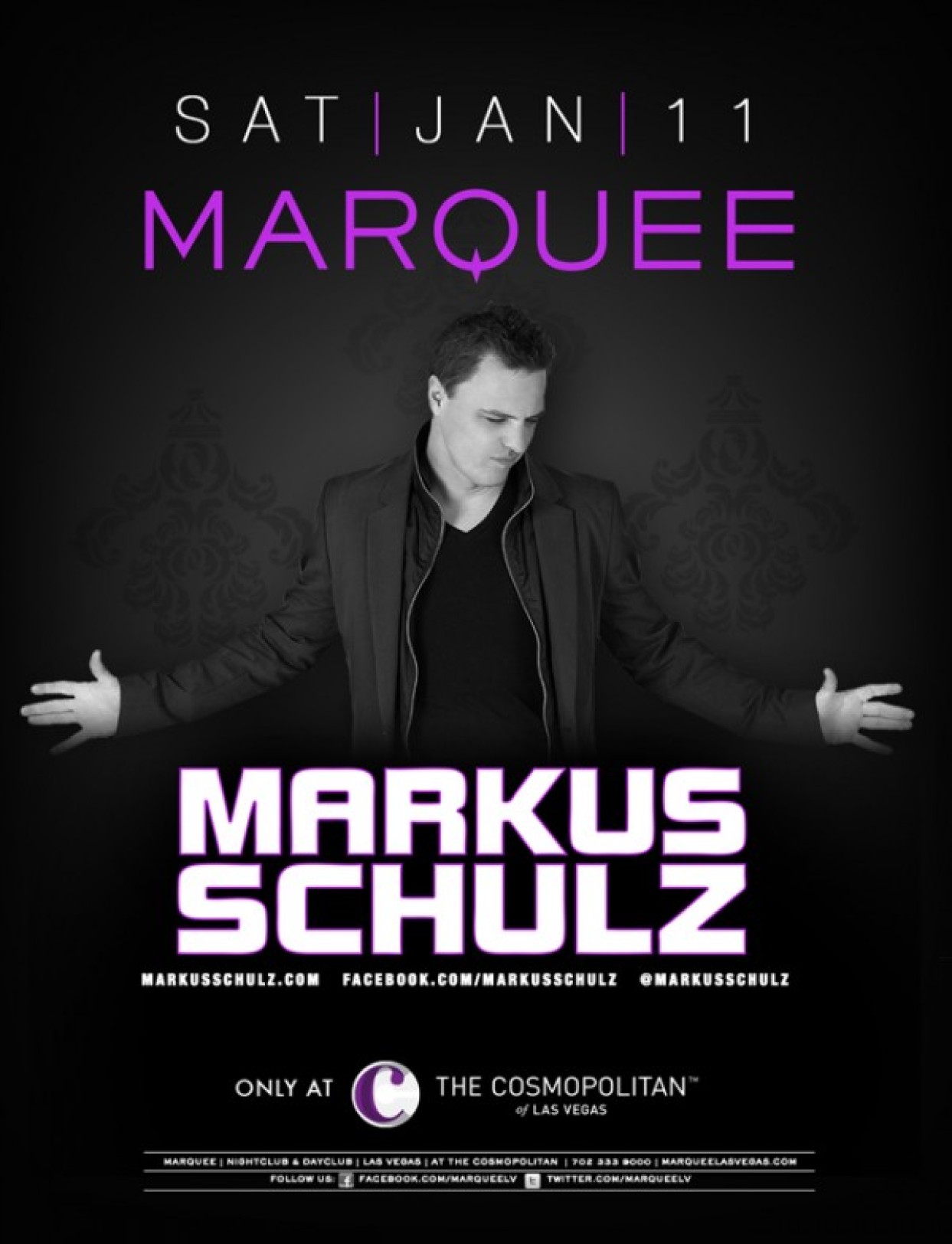 With over 62,00 square feet and 50 foot ceilings, parties in Las Vegas don’t get any bigger than Marquee Nightclub and Dayclub. In addition to boasting one of the top DJ lineups in the world it is no wonder that Marquee is the #1 club in the US as rated by DJ Mag in 2013.

This past Saturday, Marquee welcomed Markus Schulz. For the past decade, Schulz has become a staple in the EDM world and has managed to create his own unique sound fusing the elements of trance together with progressive house that has evolved into an unmistakable hybrid sound, that has been dubbed “trouse.”

The floor was packed the tables were full. As midnight came around Marquee came alive the moment Markus stepped into the DJ booth. Known for his marathon 12+ hour sets, Markus did not disappoint and played a 3.5 hour set. The energy of the crowd could be felt all over the club. The “Schulz Army” was in full force. Markus played a series of tracks from his upcoming album, Scream 2, landing this February, including Can’t Live Without Your Love (feat. Adina Butar), which has yet to be released and Remember This, available here on Beatport. One of the highlights of the night included the drop of Loops & Tings. The Markus and Ferry Corsten collaberation, which make up the DJ duo of New World Punx, brought down the house and fired up the crowd. All in all it was a great night at Marquee and was an exceptional showcase of Markus’ energy, passion, and music.

If you missed Markus Schulz at Marquee this past week, make sure to check out his tour dates here. Upcoming shows that you should take a look at include his US tour of his album release party that will hit LA (Feb 6th), Miami (Feb 7th), and NY (Feb 8th).